Powell said the central bank would continue the current pace of bond buying despite the sharp jump in U.S. rates as inflation was unlikely to spiral out of control. The U.S. United States 10-Year Treasury jumped above 1.5%, while the United States 30-Year rose to a more than one-year high.

Powell said the pace of the increase in rates last week “was something that was notable and caught my attention,” but reiterated that asset purchases will continue “at least at the current level” until substantial further progress was made toward the central bank’s goals. “That’s actual progress, not forecast progress,” he added.

The Fed chief’s reluctance to shift away from the central bank’s ongoing narrative that current monetary policy measures remain appropriate, against the backdrop of investor concerns about inflation and rates, exacerbated investor uncertainty. That sparked a wave of volatility, adding fuel to the tech-led sell off.

Semiconductor stocks, which have been one the best performing sectors over the past year, were also down, led by Micron Technology (NASDAQ:MU) as chip shortage, which has forced semis to rein in production, compounded selling the sector. Marvell (NASDAQ:MRVL) slumped 10% after its warning that the chip shortage would hamper its output this year offseting in-line first-quarter earnings.

Beyond tech, energy bucked the trend, rising 1%, on a sharp jump in oil prices after OPEC and its allies agreed to keep production steady through April. Saudi Arabia, which was pushing against calls to increase global supply, said it would extend its one million barrels per day voluntary production cut into April to allow Russia and Kazakhstan to increase production.

In other news, used car retailer Vroom (NASDAQ:VRM) slumped 31% to a 52-week low after reported a wider-than-expected Q4 loss.

By Noel Randewich (Reuters) – Wall Street slumped on Thursday, leaving the Nasdaq down 10% from its February record high, after remarks from Federal Reserve Chair Jerome Powell…

GameStop, AMC both spike before paring gains
By Reuters – Mar 04, 2021

(Reuters) – Shares in Reddit-darling GameStop (NYSE:GME) climbed to a session high of $147.87 as volume spiked on Thursday afternoon and the video game retailer’s stock was last…

WASHINGTON (Reuters) – A total of 158.5 million households would receive direct payments under the Senate version of a $1.9 trillion coronavirus stimulus bill, the White House…

Disclaimer: Fusion Media would like to remind you that the data contained in this website is not necessarily real-time nor accurate. All CFDs (stocks, indexes, futures) and Forex prices are not provided by exchanges but rather by market makers, and so prices may not be accurate and may differ from the actual market price, meaning prices are indicative and not appropriate for trading purposes. Therefore Fusion Media doesn`t bear any responsibility for any trading losses you might incur as a result of using this data.

Fusion Media or anyone involved with Fusion Media will not accept any liability for loss or damage as a result of reliance on the information including data, quotes, charts and buy/sell signals contained within this website. Please be fully informed regarding the risks and costs associated with trading the financial markets, it is one of the riskiest investment forms possible. 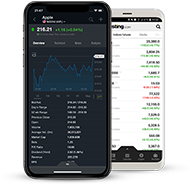 Risk Disclosure: Trading in financial instruments and/or cryptocurrencies involves high risks including the risk of losing some, or all, of your investment amount, and may not be suitable for all investors. Prices of cryptocurrencies are extremely volatile and may be affected by external factors such as financial, regulatory or political events. Trading on margin increases the financial risks.

Before deciding to trade in financial instrument or cryptocurrencies you should be fully informed of the risks and costs associated with trading the financial markets, carefully consider your investment objectives, level of experience, and risk appetite, and seek professional advice where needed.
Fusion Media would like to remind you that the data contained in this website is not necessarily real-time nor accurate. The data and prices on the website are not necessarily provided by any market or exchange, but may be provided by market makers, and so prices may not be accurate and may differ from the actual price at any given market, meaning prices are indicative and not appropriate for trading purposes. Fusion Media and any provider of the data contained in this website will not accept liability for any loss or damage as a result of your trading, or your reliance on the information contained within this website.

It is prohibited to use, store, reproduce, display, modify, transmit or distribute the data contained in this website without the explicit prior written permission of Fusion Media and/or the data provider. All intellectual property rights are reserved by the providers and/or the exchange providing the data contained in this website.
Fusion Media may be compensated by the advertisers that appear on the website, based on your interaction with the advertisements or advertisers.

Brazil passes half a million COVID-19 deaths, experts warn of worse ahead

Porsche to set up joint venture with German battery maker

AnyClip snaps up $47M for its video search and analytics technology

For startups, trustworthy security means going above and beyond compliance standards

Sunak under pressure to back Biden’s global corporation tax plan

NIO vs. Arrival: Which Electric Vehicle Stock Is a Better Buy?

5 predictions for the future of e-commerce

Issa Rae, Kumail Nanjiani Are on the Run in ‘The Lovebirds’ Trailer

‘Just Mercy’: A Real-Life Legal Drama About an American Hero